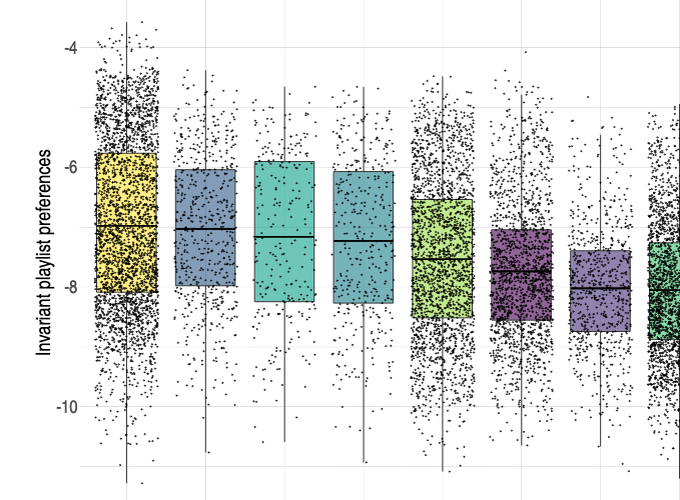 What Drives Demand for Playlists on Spotify?

We study the drivers of playlist demand on Spotify — the leading music streaming platform. Our analysis relies on a unique data set that combines daily listener data for about 12,000 popular playlists with data on how prominently these playlists are featured on the platform. We model how users choose playlists and decompose demand into three major drivers: (i) persistent, time-invariant user preferences for playlists, (ii) users’ responsiveness to featured playlists, and (iii) the popularity of tracks on a playlist. First, our results show that users have strong, persistent tastes for playlists owned and curated by Spotify, underscoring how important Spotify’s playlist brands are for attracting and retaining listeners. Second, users value prominently featured playlists, illustrating how Spotify can effectively guide consumer attention on its platform. Third, and compared to the first two drivers, users respond less strongly to the addition or removal of (popular) tracks on a playlist, pointing to a limited role of major-label content in attracting listeners. Using our demand estimates, we quantify the asymmetric revenue dependency between digital platforms and major record labels. We conclude with recommendations on how power asymmetries between digital platforms and their suppliers could be mitigated.